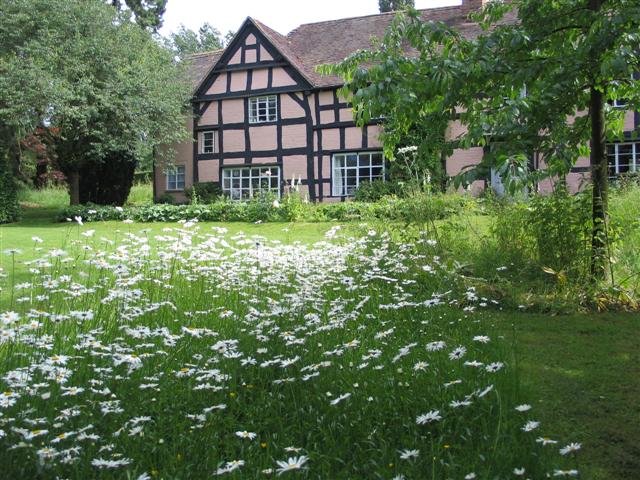 
Its been a strange winter here on the farm - we spent much of the Autumn working on our large traditional apple trees, many of which needed urgent pruning, not only to deal with fallen branches and to improve their shape but to remove the enormous growths of Mistletoe which have taken over as the winters become warmer and wetter. Its even harder work than we remembered! involving straining one's eyes in the winter gloom to identify which branch to cut, stretching up as far as possible while balancing the telescopic saws, trying to stop the debris and sawdust going straight into your eyes, and avoiding the heavy growths as they crash to the ground! Then the gathering up and dragging to bonfire sites at suitable places in the orchards... The plan was to carry on after Xmas but the weather soon saw to that! So we only did about half the necessary work, and missed having the bonfires altogether. However, many birds (dunnock, blackbirds, robins) are very grateful, building early nests in the huge heaps of cuttings! So, no bonfires now until autumn.
The twisted, springy apple branches and fleshy mistletoe are not suitable for chipping - but fallen willows are, and we have laid down a good area of home-made chippings around the Studio as a thick mulch to suppress weeds and provide a nice floor for the picnic area.
Sadly we lost another huge old oak tree in the gales, as well as many older apple trees. Alot of tidying up and replanting to do!
The fence in the orchard behind the Lighthouse had to be replaced, and this time we opted for a cleft chestnut paling fence to divide the grazed orchard from a woodland edge, and were delighted to find it being made by coppice workers locally just outside Bromyard. It was no more expensive than anything I could find online, very strong, and should last a long while. Best of all, it is flexible and so looks beautiful in its setting. If you need nice home-grown and made fencing, look at Say It With Wood. 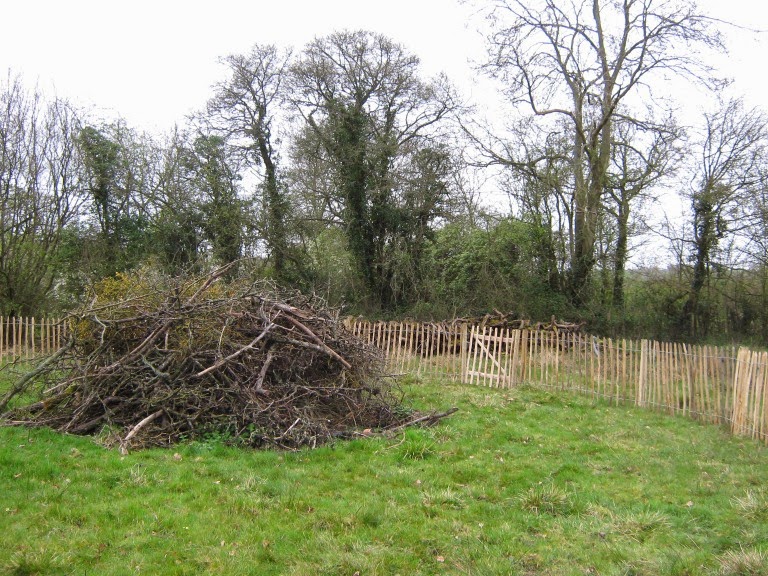 Meanwhile dormouse and bat monitoring has continued through the winter and the Herefordshire Mammal Group is planning three special days here this summer, one of which is open to the public. If you'ld like to come along and learn more about the small mammals being studied here, and about how the scheme works, the date is August 9th, and it will be free, with refreshments. More details will be posted on this blog in due course. You'll also find details of upcoming walks in Botany, Insects, Woodpeckers and Bats!